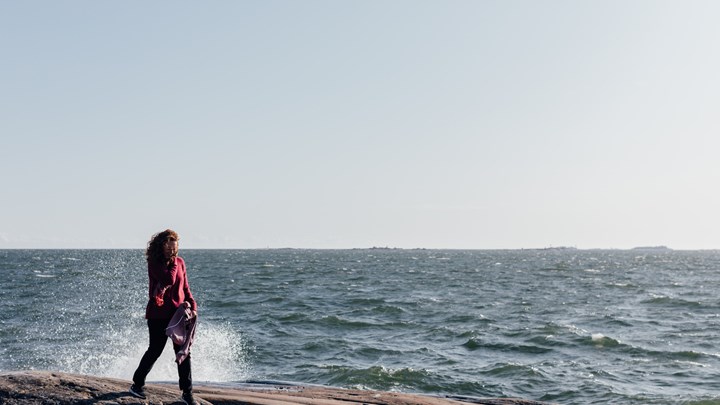 Varma’s solvency remained at a good level in the first quarter of 2020, even though the coronavirus pandemic that spread worldwide stopped the economy in its tracks. The market value of investments was EUR 43.6 (48.7 on 1 Jan) billion. Varma is helping companies get through the most difficult months by allowing flexibility in insurance contribution payments and rents.

“Despite the economy coming to a grinding halt, Varma’s solvency remained at a good level. This indicates that the risk buffers used to secure the pension system are working as they are supposed to,” says Varma’s CEO, Risto Murto.

Varma’s solvency capital amounted to EUR 7.9 (11.6 on 1 Jan) billion, which is 1.6 times the solvency limit. Strong solvency ensures that even during a weak investment year, funded pension assets do not need to be used to pay out pensions.

The return on Varma’s investments during the first quarter of the year was –10.0% (5.1%), as the equity markets experienced a worldwide downturn following the spread of the coronavirus pandemic.

“The equity market plunged in March at an unheard of rate, and there were moments when liquidity disappeared almost entirely from the capital markets. By reducing equity weights, Varma lowered its risk level to secure solvency also in these extraordinary conditions,” says Varma’s CIO Reima Rytsölä.

“The equity market has clearly recovered since the end of March. Time will tell, however, whether the equity market will experience a second wave of decline,” says Rytsölä.

The average 10-year nominal return on investments is 4.3%.

“Despite the rate at which it fell, the decline in the investment markets is so far not exceptional in terms of how low it fell. The restrictions and economic uncertainty that followed the coronavirus epidemic have been a bigger crisis in people’s day-to-day lives and the real economy than they have been in the financial markets,” says Murto.

“In terms of economic recovery, the main factor will be how fast we can lift the restrictions. The central banks’ stimulus measures, in particular, have been rapid and substantial, which has slowed the expansion of the economic crisis into a financial crisis,” he adds.

The coronavirus epidemic has had impacts on Varma’s client companies and its tenants’ businesses. Varma has extended the term of payment for its TyEL and YEL insurance customers. Eight per cent of Varma’s TyEL customers and 14 per cent of YEL customers are making use of the payment period flexibility. The applications for an extended term of payment highlight companies operating in the Uusimaa region and the hotel and restaurant industry, as well as speciality shops.

Varma will not collect rent from its restaurant tenants for a period of two months, since they have been forced to close down their business premises by a parliamentary decision. Entrepreneurs facing an especially difficult situation can also take advantage of rental payment flexibility for their business premises.

As of the start of May, employer payments will be temporarily reduced. Varma is prepared for the reductions to have an impact on the end-of-year accrual of premium income.

Varma will switch to using heat pumps as the heating source for a large part of the company’s rental housing stock. Heat pumps and solar panels will be installed in 36 apartment buildings, which means the emissions from Varma’s total housing stock will decrease by an estimated 48% by 2023. In some apartment buildings, geothermal heating will entirely replace district heating.

The energy-saving measures are part of Varma’s efforts to achieve its climate targets. Varma’s goal is to reduce the carbon dioxide emissions of its direct real estate investments by switching to fossil-free heating and electricity by 2030 and 2025, respectively.

Varma performed well in customer acquisition in the first quarter; the net amount of annual premiums written transferring to Varma from other pension companies is EUR 18 million.

New pension decisions made at Varma by the end of March totalled 6,005, which is roughly 4% less than in the corresponding period last year. Partial early old-age pension, which was introduced at the start of 2017, remained popular – Varma received 722 new applications for this pension type during the first quarter. The number of disability and rehabilitation applications decreased slightly year on year.

Varma Mutual Pension Insurance Company is a responsible and solvent investor. The company is responsible for the statutory earnings-related pension cover of some 900,000 people in the private sector. Premiums written totalled EUR 5.3 billion in 2019 and pension payments stood at EUR 5.9 billion. The company’s investment portfolio amounted to EUR 43.6 billion at the end of March 2020.

Varma also serves in the summer

Apply for pension or rehabilitation

The electronic application service ensures that no information is missing from your application. Varma will receive it immediately and you can follow-up on its processing.

Check the workability key figures of your company.

See how to log in to eServices as an entrepreneur, an employer, or a private customer.